Are you dreaming of an adventurous elopement? Ahh now we’re getting close to my heart. Not heard of an adventurous elopement? It’s an elopement but with more emphasis on the ‘adventure’ and the experience of stripping it all back to basics; just you guys exploring a landscape that makes your heart skip a beat. Think epic locations, the sort of wild and wanderlustly places that give you goose bumps just thinking about them.

Now imagine getting married there. I’m talking about breathtaking landscapes, mountain tops, cliff edges, forests, beaches etc. The sort of location that’s a bit off-grid, wow-worthy and completely unique to you both…no one before you has stood together on that spot and tied the knot. Now that’s pretty special in my book. An ‘adventure elopement’ or wedding is also often used to describe all of the above but a bit more extreme, with couples incorporating an activity on the day, such a hiking, climbing, or taking a boat trip or helicopter ride to your ceremony spot. It’s adventure travel and a wedding rolled into one epic adventure!

Who are adventurous elopements for?

Adventurous elopements are for anyone…but they tend to be sought after by couples who are non-traditional. They’re a perfect match for couples who live to travel, the journey lovers amongst you. Adventure elopements and photo-shoots are for the adventure-seekers and for couples who feel most at one and connected in a wild and wondrous landscape. If it’s for you then I doubt you give a damn whether it rains or shines on your day because either way you’ll embrace it.

And keeping your wedding outfits immaculate wouldn’t even occur to you, in fact come to think of it I’m guessing you’d rather they weren’t pristine but lived in because when you look back at your photos the muddy hem of your dress or now far-from-shiny shoes will tell your story. Adventurous, spontaneous and free-spirited are all adjectives that your mates would probably use to describe you guys!

Why have an adventure elopement?

It’s a good question…why would anyone choose to leave so much on their big day to chance? There are lots of side reasons like lower costs of a small day, a small or non-existent gust list (an option for avoiding any politics) but more crucially because it’s a once in a lifetime occasion, a major life event, so surely it must all be rigorously planned to the nth degree? Nope…not necessarily.

An adventure elopement is the polar opposite and letting go of some control, of predictability, is one of the hallmarks of this type of experience. It’s a journey with quite a few unknowns and without a plan-b to fall back on. This is at the heart of why couples choose this type of day, because they get a kick out of not not knowing quite how the day will pan out, not caring what the weather will be doing, not worrying about getting to the location, not knowing quite what to expect from the experience or even whether your guests will embrace the experience in the same way. It makes them feel alive – a compelling ‘why?’!

In our busy lives of schedules, deadlines and expectations there’s something so very appealing about letting go for a few days. Irresistible even! So it’s basically throwing tradition and expectations to wind and doing it 100% your way. Because that’s what ultimately matters right? And that’s so in my option regardless of whether it’s an adventure elopement or a stately wedding with everything taken care of.

So long as it represents you guys, has your personalities written all over it, then it’ll be incredible whatever the shape and size of day. And you’re guests, your loved ones will love it no matter what because it’s so you!

Elopements and small weddings, is there any difference?

There’s no hard and fast rule and somewhat confusingly both terms get used interchangeably. The main distinguishing features between an elopement and a small wedding tends to be the guest count and the location. Guest counts below about 20 people is often considered an elopement and a 20-50 guest list as more of a small or intimate wedding.

A key feature of an elopement is also the choice of location, typically it will be outdoors and a bit far flung. When people think of ‘eloping’ thoughts of running off to a different country to get married come to mind, although it doesn’t have to be abroad of course and if you’re already in the UK or in a different country but looking for places to elope in the UK then we have some of the best elopement destinations around. Elopements have moved on from the idea of couples secretly running away to get married and are now more about surroundings than secrecy.

Where can we have an adventure elopement?

Pretty much wherever your fancy takes you, the some of the best elopement locations in the world are often just a short flight away! The only restrictions are what type of ceremony you would like, a religious or non religious wedding ceremony and whether you’d like it to be legally recognised as a binding marriage. The latter simply depends on the applicable marriage laws in your country of choice.

For example, here in the UK outdoor wedding ceremonies are legal in Scotland and Northern Ireland but not yet legal in England and Wales…which is ridiculous in 2020! I say not ‘yet’ legal because these restrictions have recently been challenged in the courts and my feeling is that the courts will bring the rest of the country in line with Scotland and Northern Ireland. Fingers crossed!! Anyhow…if you’re not looking to have a legally recognised ceremony then England, Wales…the world, is your oyster!

Maybe you can imagine yourselves saying “I do” in the Scottish highlands or how about getting married in Iceland exchanging wedding vows on a rugged black sandy beach? Scotland is one of the best wedding destinations in the world (I adore it there) but it really doesn’t get more epic and wondrous than an Iceland wedding. It’s hands down one of the best eloping destinations in the world!

We’re on board, where do we begin planning an adventure elopement?

An adventurous elopement doesn’t happen by magic and of course still requires a bit of planning! There’s really no way around the need for some basics such as the date, time, location and a wedding celebrant. I would suggest starting with the not so small task of deciding where on this planet you would like to get married.

The possibilities really are endless so to try and narrow it down, have a think about whether you guys already have a place that is particularly meaningful to you both, somewhere that already holds special memories for you. It might be where you got engaged or a once in a lifetime holiday together. If you can combine a meaningful location with an epic landscape then you’re definitely on to a winner!

Once you’ve brainstormed it all and have an idea of the shape and size of the sort of day you would like then I’d recommend bringing a destination wedding planner on board who has experience of elopements and especially planning adventurous elopements. A great wedding planner will take away any worries because they will know your chosen location well and guide you as to what is and isn’t possible in terms of the location and crucially the legalities of having a legally recognised ceremony (if that’s what you’d like).

If you decided to get in touch with a planner then then just drop me a line, I’ll send over some great recommendations for planners that have heaps of experience in adventurous elopements and weddings all over the world.

So you’re nearly all set, now you just need the best elopement photographer who loves nothing more than wandering the world, exploring new places and landscapes with a couple of kindred spirits. Let me think…do I know anyone for an adventurous elopement? 😉 I’d love to see if we can make it work so don’t wait, let’s start chatting about your plans. I have some great elopement packages so just drop me a message and we’ll go from there! 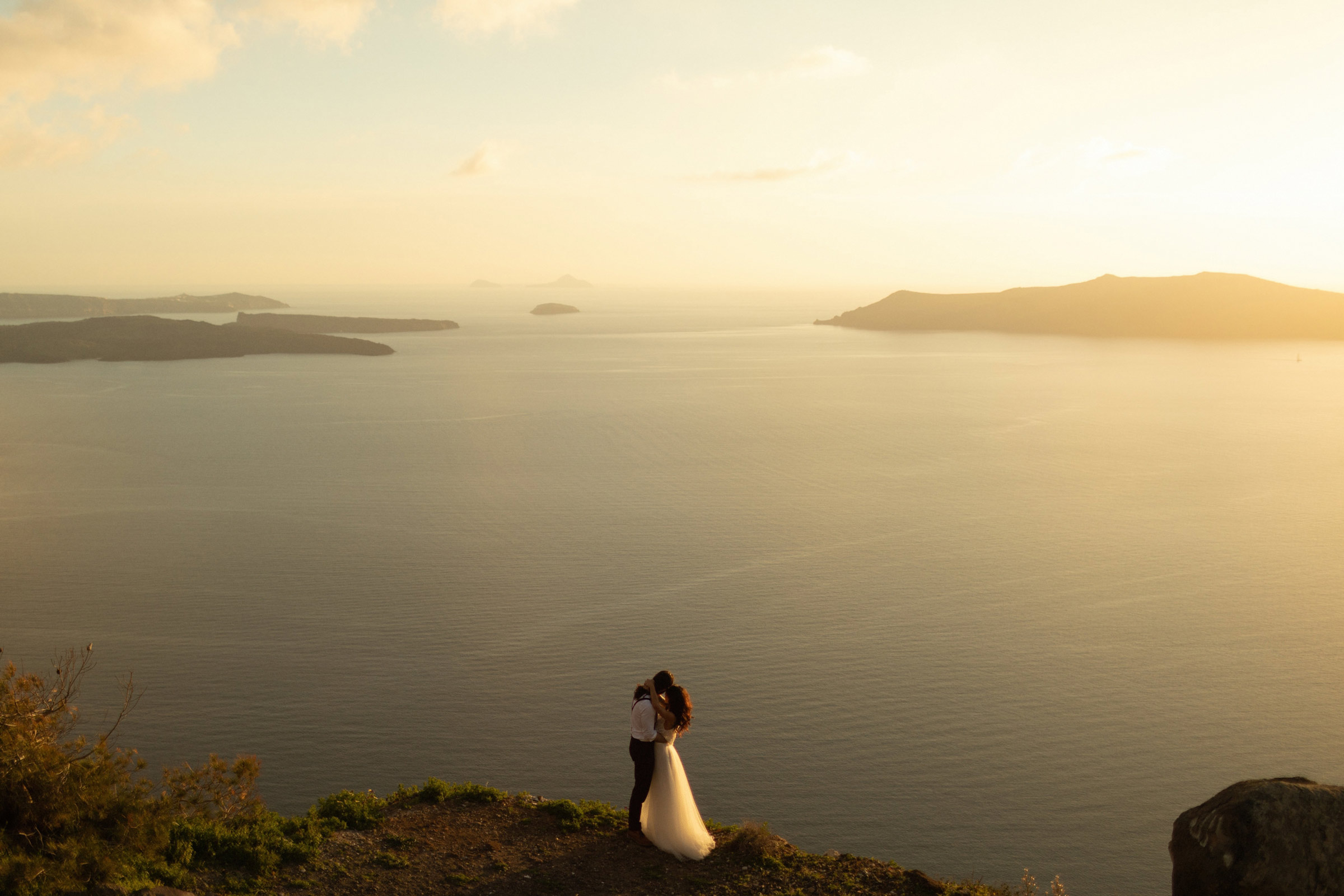 Wedding Destinations in Europe
Elopement Weddings in the UK 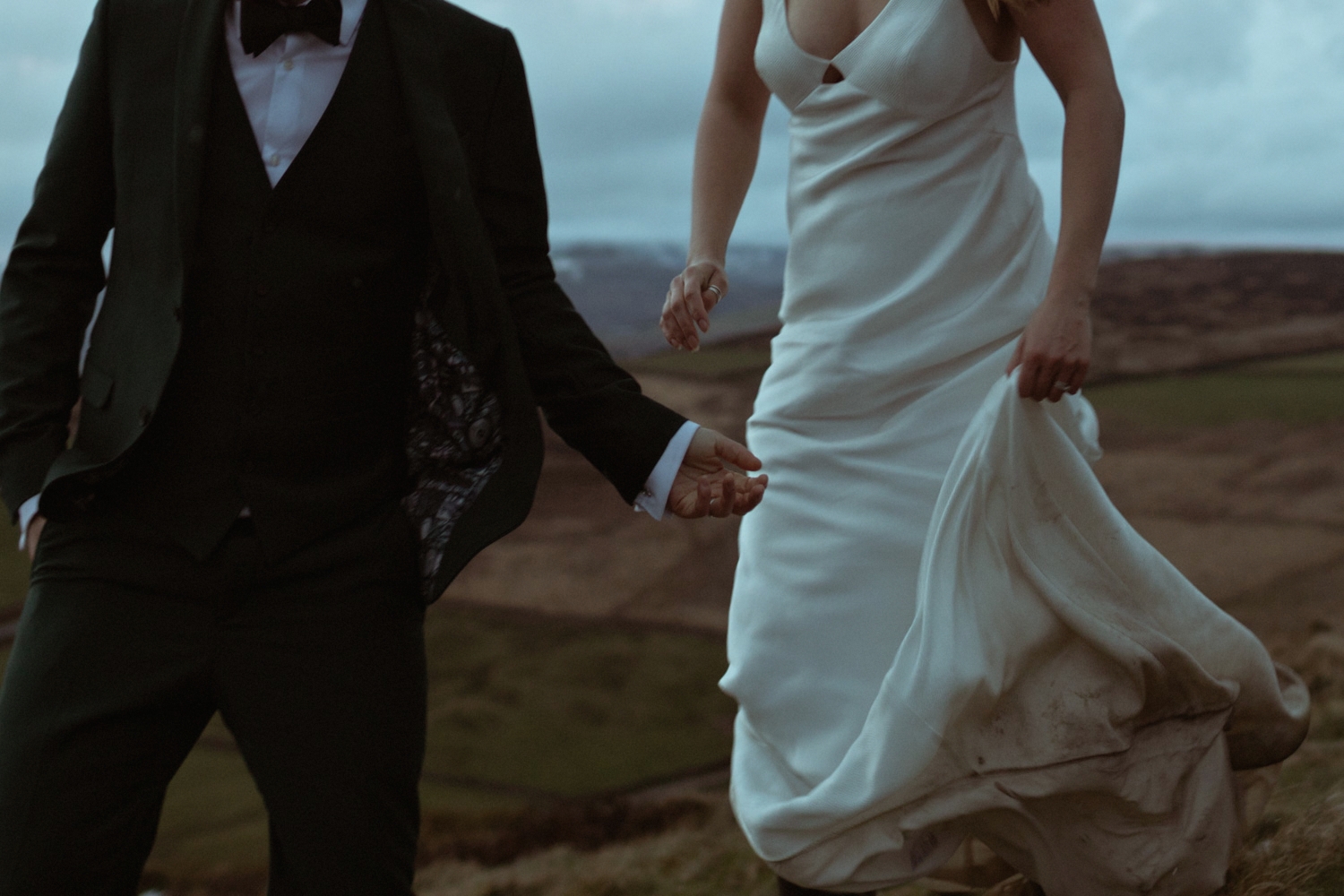 Elopement Weddings in the UK
Why Travel is Important | 5 Reasons 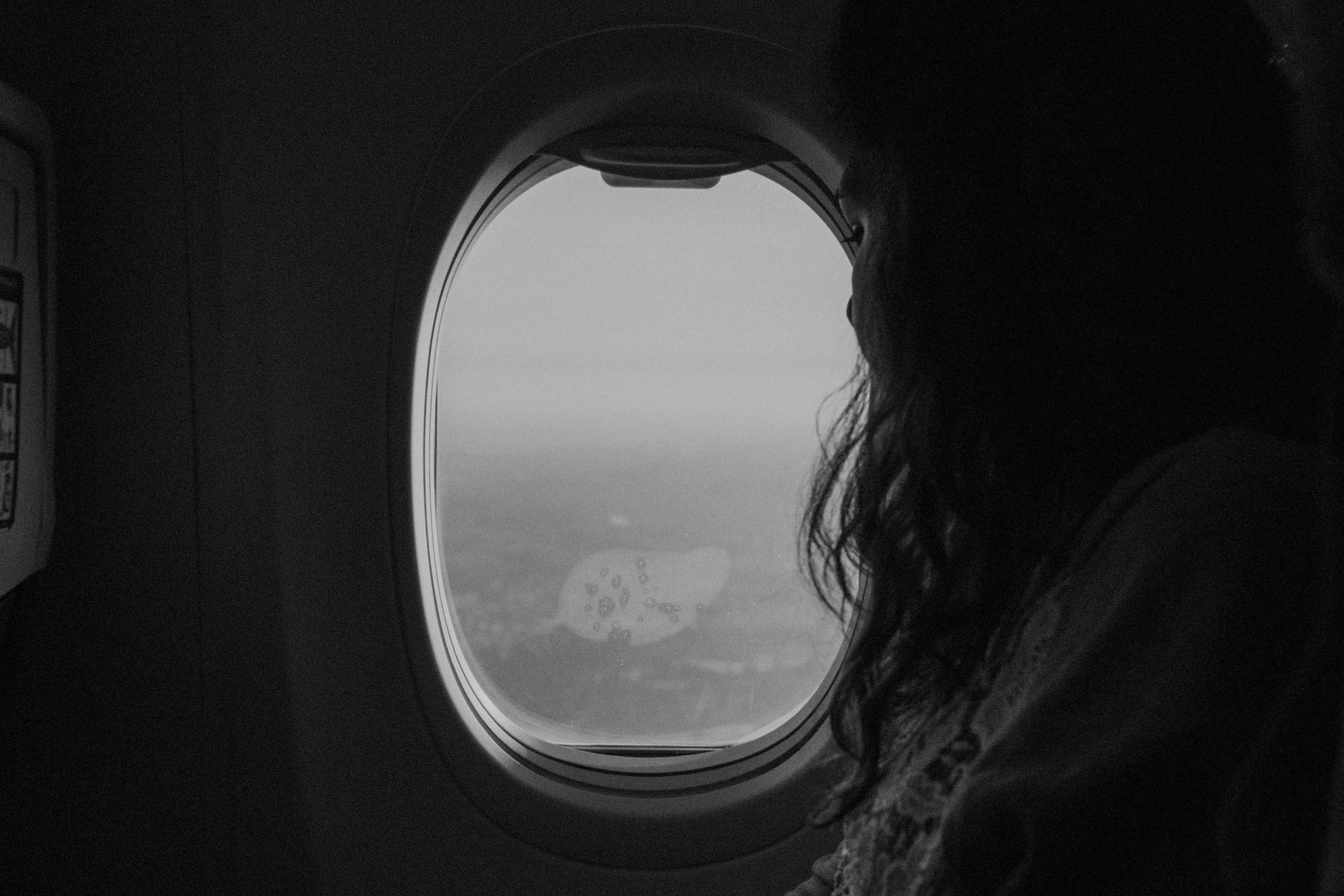